Governing Plural Societies. Migrants integration and multiculturalism in North America and in Europe 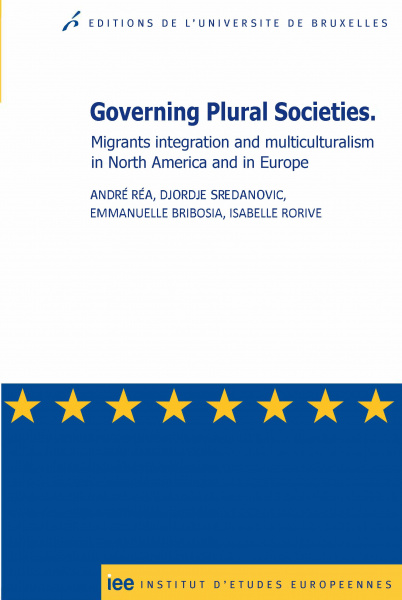 This book intends to address the relationship between, on the one hand, cultural diversity resulting from migration, and on the other hand social cohesion and social justice within Western societies. In order to do this, the book examines what can be described as two contradictory trends in recent public policies towards foreign people or people with a foreign origin: first, the policies against ethnic, racial and religious discrimination; and second, new harsh integration policies for newcomers in Europe. Since the end of the nineties, and even before in the United States and Canada, anti-discrimination policies have been implemented mainly through the development of legal instruments, on the basis of the principle of equality, and more precisely through legal practices that promote the transition from formal equality to substantive equality. At the same time and following others goals, and especially in Europe, where political intervention is strong, new integration policies were initiated for new migrants with the claimed purpose of strengthening the social cohesion of the host societies. These new integration policies aim to reduce the risk of marginalization of the newcomers but also increase cultural conformity expected from those migrants.
This book aims to provide a trans-disciplinary analysis of the construction of “otherness” in North America and in Europe. Some papers are the result of the final conference entitled “Migration, Ethnicization and the Challenge of Diversity. The Others in Europe and Beyond”. Most of the papers on national integration policies here included were produced specifically for this book. The ULB team contributions reflect the results of two transdisciplinary researches (ARC): Outsiders in Europe. The Foreigner and the ‘Other’ in the Process of Changing Rules and Identities and In Search of cultural conformity. The New integration and migration policies in Europe, conducted by the center for transdisciplinary research Migration, Asylum and Multiculturalism (MAM) of the Université Libre de Bruxelles.